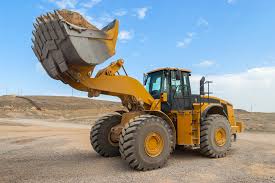 Loader scales are becoming one of the most popular and widely-sought weighing systems on the market. Leveraging advanced on-board weighing technology, these scales can be integrated directly on wheel loaders, enabling users to determine the load weight directly from the cab.

This on-the-fly, in-motion weighing capability provides users with greater levels of efficiency and throughput compared to traditional truck scales and weighing systems. To profile the best systems currently available, below are leading loader scales that are known for their accurate and efficient weighing capabilities.

The WK50XS is an extremely reliable and durable wheel loader scale developed by Walz Scale. Unlike other sophisticated loader scales, the WK50XS is very affordable and comes with patented sensor technology. Its compelling features include: 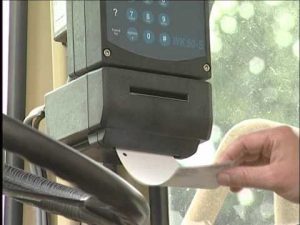 The LOADRITE L2180 loader scale is a product of Trimble Company. It was designed to make work easier for operators when it comes to weighing industrial products on trucks. Some of its incredible features include:

LOUP Electronics Company has released another advanced wheel loader scale known as Weighlog Vue. It uses the latest sensor technology which ensures that all weight readings are accurate and consistent. In addition, it comes with an IsoSync reporting software that can transfer load information wirelessly and sync weight records from any location. Other features of this loader system include:

Now that you have known three of the top-rated on-board wheel loader weighing systems, it’s time to increase productivity while maintaining accuracy. Keep in mind that these systems are suitable for heavy duty industrial applications.

Such weighing systems have proved to be useful in heavy-duty and high-volume applications such as farming, waste management, mining, chemical, construction and other related industries. Here are some industry-defining weighing systems available in today’s market. 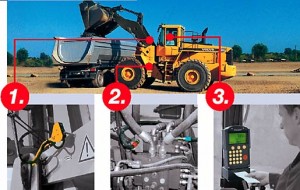 Anyone looking for the most efficient and precise truck scales systems, on-board weighing systems are one of the best choices. These truck scales come with a digital LCD screen display which ensures that overall weight of load or product transported is accurate. This eliminates overload fines.

On-board truck scales cones with hydraulic pressure system which guarantees accurate measurements at all times. They are very small and compact are very portable because on-board vehicle weighing systems are actually integrated on the vehicle itself. Its manufacturer ensured that this system is easy to install and can be used instantly after installation is complete.

Rail weighing systems are most common in the form of in-motion rail scale systems. These railroad weigh scales are designed for both permanent and portable installations. They deliver accurate metric weights for both dynamic and static locomotives. While there are a number of these scales on the market, you will not find other rail weighing systems on the market which are as accurate, durable, and easy to use as the rail weigh scales at WalzScale.com.

They come with a bolt-in design which eliminates the need for track modifications. Their dynamic weighing functionality enhances faster weighing for any rail locomotive. If you are a farmer or heavy-duty producer, you must get your hands on one of these. 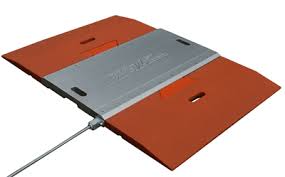 Agricultural and mining industries are shifting to these portable truck weighing scales as they allow them to input and reduce weight in a matter of seconds. Portable axle scales are very robust, portable and can be used in different environmental conditions.

The load volume scanner, although not considered as an actual scale unit, provides the best alternative to in-motion weighing systems. Load volume scanner systems are very easy to install and operate.

Load volume scanners use laser technology to scan truck loads. Once scanning is complete, this data is converted into a 3D image which is converted to actual metric weight. To enhance its performance, load volume scanner systems are integrated with a Payload Pro Operating System. This implies that you can operate it from your laptop, tablet or any mobile device.

Each of the payload weighing systems mentioned above is ideal for heavy-duty and high-volume producing industries. You should choose the one which meets your personal preferences.

If your operations revolve around payload management, then you probably know that reliable data analysis tools are indispensable. They not only help ease your work, but also increase your profit margins but to better optimize your fleet and overall system.

To help with this, Load Scanner recently launched a platform known as Load Scanner Cloud Sync (LSCS) which aims at making it much easier for existing fleet and payload managers to use Load Scanner Technology without the need to get any new software. The LSCS easily integrates with existing software and is used to enhance customer experience on already existing dashboards. Here is a look at some of the tools the Load Scanner cloud sync platform offers.

With LSCS, one can integrate carry-back monitoring onto their dashboards seamlessly. This will allow you the ability to communicate with mine personnel and monitor the haulage asset carry-back. This in turn will help you increase the productivity of your business as you have reliable data to make future plans.

Wrong load placement for hauling is one of the commonest sources of losses in businesses. It results in damage to what is being hauled and the machine doing the hauling at a go. With proper monitoring however this can be reduced increasing profits and customer satisfaction.

This tool allows this monitoring to be carried out without disrupting daily operations. The monitoring is done on the field and the results conveyed to the management software immediately. The LSCS is particularly helpful to mine sites that can use it to monitor how haulage assets are being loaded and make corrections real-time before incurring any maintenance costs.

This tool will allow for accurate analysis of the volume of load placed on fleet vehicles. This is very useful and helps mine sites to analyze their operations and use this as a basis for improving their productivity. It also helps prevent any theft from staff members.

This is an ideal method by which to monitor production and can be used as a method for monitoring and calibrating haulage and loading asset scale systems. The performance of the body or tray in the vehicle can be monitored and the density of mined materials determined. The main advantage this confers is that it gives real-time data, that is, data is recorded as it is happening which is much more reliable.

These are basically laser scanners placed above the haulage assets. Whenever a load is placed on the haulage assets it is scanned for 5 to 8 seconds to give real-time data. This data is then processed by an operating system in which it can be stored or transferred for cloud storage in the Payload Pro Cloud and directly into an existing fleet management dashboard.